Wisdom from the Past: Visions for the Christian Life after the Pandemic 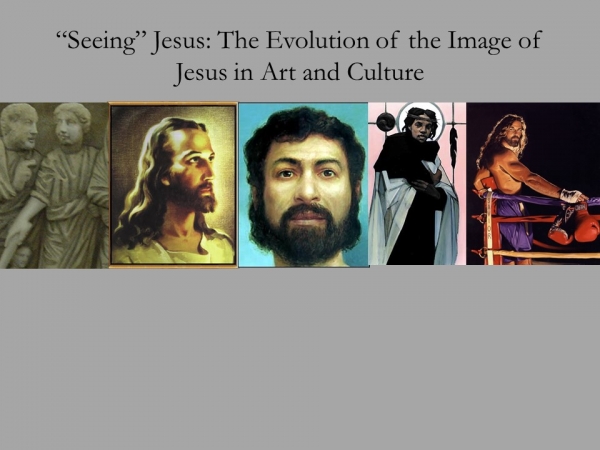 Lent 2021 marks one year since the pandemic began, an experience often described as “unprecedented.” Yet God’s people have lived through plagues, wars, depressions, and exile in the past.

Several congregations from across EDUSC have joined together for a special Lenten series led by scholars and practitioners who know that Christian past, with its measures of suffering and healing, of loss and renewal. Join them by Zoom as we look toward the Christian life we will share on the other side of the pandemic, having received the gifts of this season.

This program is sponsored by Grace in Anderson, St. John's in Columbia, St. Peter’s and St. Andrew’s in Greenville, St. Matthew’s and St. Christopher’s in Spartanburg, and St. Luke’s in Newberry. The webinar format will limit our interaction somewhat but will give our speakers the best forum and allow you to ask questions by the chat feature.


The sessions are held at 7:30pm every Wednesday during Lent (schedule below), and you can join the gatherings at this link.

Did you miss Feb 24th? Catch up with this recording! (Passcode: 7AN4+Muq)

Andrew McGowan is Dean of the Berkeley Divinity School and McFaddin Professor of Anglican Studies at Yale. Previously Warden and President of Trinity College at the University of Melbourne and a Canon of St Paul’s Cathedral, Melbourne, he was a long-standing member of the General Synod of the Anglican Church of Australia and of its Doctrine Commission. His scholarship focuses on ancient Christianity, including its ritual and worship, and on contemporary Anglicanism. His recent books include Ancient Christian Worship (Baker Academic, 2014) and Ancient and Modern (Wipf and Stock, 2015). He blogs at Saint Ronan Street Diary (abmcg.blogspot.com) and is on Twitter as @BerkeleyDean and, more personally, as @Praxeas.

March 3: “Seeing” Jesus: The Evolution of the Image of Jesus in Art and Culture
Professor Lee Jefferson, Department of Religion, Centre College

Did you miss March 3? Catch up with this recording. (Passcode: [email protected])

Lee M. Jefferson is the Nelson D. and Mary McDowell Rodes Associate Professor of Religion at Centre College. He has authored Christ the Miracle Worker in Early Christian Art (Fortress Press, 2014), and co-authored and edited The Art of Empire: Christian Art in Its Imperial Context (Fortress Press, 2015), and contributed to Biblical Archaeological Review and various other publications. Dr. Jefferson has researched and written on his excavations at Khirbet Qana in Israel, his travels and courses on the pilgrimage route to Santiago de Compostela in Spain, and his research on church art in Rome featuring Jesus performing miracles. His current book project focuses on the doors of Santa Sabina, Rome, and a particular panel featuring Peter and Paul.

Ardelle has extensive experience working with adults on a wide range of issues including anxiety, depression, grief, self-esteem and relationships. As a clergy spouse, Ardelle is particularly interested in the emotional well-being of clergy and their families. She is an active member of Calvary Episcopal Church in downtown Memphis (where her husband Scott serves as rector) and is currently serving as Chair of the Commission on Ministry in the Diocese of West Tennessee. In her free time Ardelle enjoys running, walking, writing, practicing and teaching yoga, an occasional bike ride, daydreaming and baking (especially muffins). Ardelle and Scott have two children (Alden in graduate school and Kate in college) and one dog still at home.

March 17: Bishop Quintard and The Episcopal Church in the post-Civil War South
The Rev. Dr. Ben King, The School of Theology, the University of the South (Sewanee)

Did you miss March 17? Catch up with this recording. (Passcode: nQG*ycu8)

Benjamin J. King is professor of Christian history at the School of Theology, the University of the South, Sewanee. His research has focused on John Henry Newman, a leader of the Oxford Movement in the Church of England and eventually a cardinal of the Roman Catholic Church. His first book Newman and the Alexandrian Fathers (Oxford, 2009) won a John Templeton Award for Theological Promise. He lectures internationally and has co-edited Receptions of Newman (Oxford, 2015) and The Oxford Handbook of John Henry Newman (2018).

Bishop Parsley was Bishop of Alabama (1996-2012) and served as Chancellor of the University of the South. As a priest, he served parishes including St. Philip’s, Charleston; All Saints’, Florence; and Christ Church, Charlotte. Henry has a particular gift with poetry and other literature. He writes: “Throughout history crisis times have given birth to renewal. We will consider ways that a pandemic can lead us to rediscover ancient spiritual wisdom and its urgency for the future.”