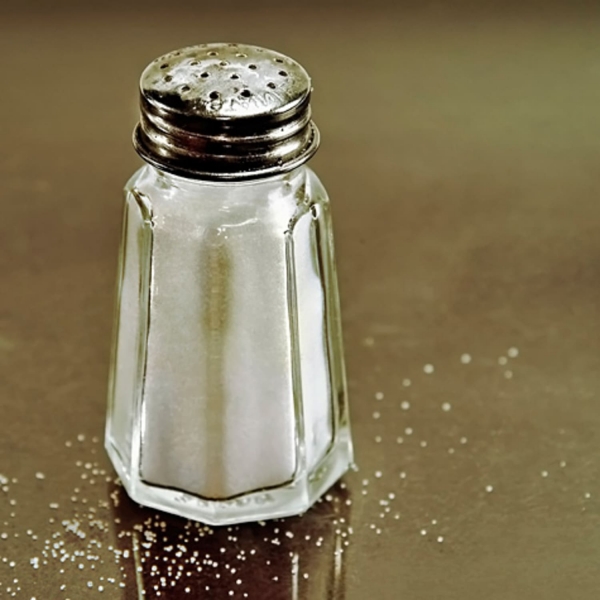 In the Sermon on the Mount, Jesus lays out instructions for both believers and nonbelievers alike. It was his first real address to the disciples, in which he explains his expectations for them and describes what being a follower looks like. Leading up to our focus verse are the Beatitudes. Within them, Jesus tells us what being salty looks like: He wants us to hunger and thirst for righteousness, actively pursuing it in our lives and helping others find it. He wants us to be merciful, showing mercy to those who by the world’s standards might deserve it the least. He wants us to be pure in heart-- not walking around all clean as a whistle in our thoughts and actions, but having a clarity of spirit that understands that who we purely need is God. He wants us to be peacemakers--bringing a sense of Shalom--of making whole the people and communities around us. In the verses immediately following the Beatitudes, Christ calls his disciples and by extension us, to be the salt of the earth. Salt is useless sitting there in a salt shaker; it is only effective when it is being USED. It is only effective when sprinkled or cooked into food. In the same way, we as Christians are only effective when we are actively using the gifts God gave us to make a difference in the world, to flavor it with the gifts that are available to everyone. Just as Christ instructed the disciples, He tells us that we have a responsibility to transform the environment we live in like salt transforms food. But if the salt loses its saltiness, it becomes worthless.
Jesus warns us not to be complacent in a world in which we are constantly tempted to give too much credence to the values generated by celebrities, televangelists, political figures, etc. and too little to the values found in the Bible itself. When we allow the harshness of the world around us to infiltrate our own faith, we cease to be salt. But by studying His word, joining communities of believers, actively fulfilling our charge to hunger for righteousness, to be merciful, to be pure in heart, and to be peacemakers, we can keep our saltiness.
For me, up until about two years ago, I never really knew how to use my “salt shaker”. Through Sunday School and EYC, all of these resources were sort of thrown at me and I didn’t quite know what to do or how to react. So, my salt shaker sat on a shelf for a few years. People in my life would share their life-altering, all-consuming stories about how they came to know God and I always had this notion that I would never be half of the Christian that they were since I had never experienced some revelatory trauma. However, when I joined the Diocesan Youth Leadership Committee, my whole perspective on what it means to be the salt of the earth was changed. On Saturday night of orientation, we wrote our statements of faith. As people began sharing theirs, I realized that you don’t have to experience some crazy dramatic chain of events to embrace your saltiness. Some people tend to steer away from talking about their faith and exploring the option of having faith because they think it has to be some cataclysmic event --and that can be frightening but it can also be as simple as “be still and know that I am God”. You don’t have to stand in a pulpit preaching or a street corner evangelizing, it can be a simple conversation or invitation that can change a person’s relationship with Christ. Being salty is accessible to all of us, it doesn’t require special skills or the language of the King James Bible with the “thees” and “thous” and whatnot. It’s asking someone to go to church with you or on a retreat like this. It’s not being afraid to tell someone you will pray for them, even if you’re not sure of what their faith is. It’s showing your faith to others in simple, small, everyday things.

Color of the Day - Red

Color of the Day - Red