Living in the Reign of God, Continued 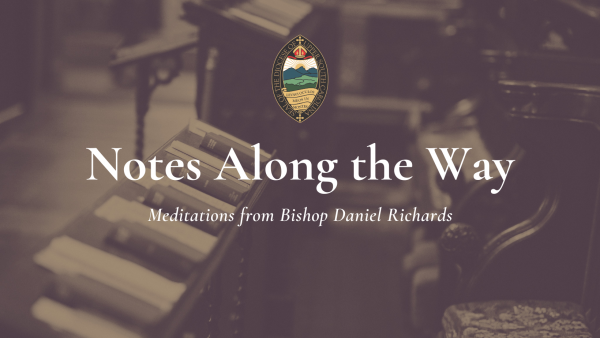 As we return to the backroads of the South, both of my childhood and last weekend, we turn back to the call to repent.

It should get an exclamation point if you see it along the backroads—bonus points for hand-painted flames.

My favorite billboard for years was all black with the word printed all by itself in white Courier font. I always thought there should be rubber tire marks on the road from people turning around in front of it to go back.

Repentance in the New Testament has two epistemologies. On the one hand, it does mean to “turn around.” A good preacher would walk one way across the front of the church at this point and suddenly turn around and go back the other way. This meaning is based on tracing how a Hebrew word was translated into Greek. The Hebrew words that end up as repentance can also mean “to feel remorse, sorrow, or guilt for one’s actions.”

However, the word that Jesus uses during the beginning of his ministry when he says, “Repent, for the Kingdom of God has come near,” literally means “to change your mind.” This definition makes sense in the light of his ministry and teaching. Following Jesus means we will have to change our minds, for his hearers then and for us now.

To live in God’s will is to enter his Reign or Kingdom.

As we saw in last week’s Notes, one place where our minds have to change is in our thinking about God: who God is and what God wills for us. If we are not going to sin or deviate from God’s will, we have to know what God’s will is. Jesus is calling us to a life that is lived in God’s Reign.

We do not have monarchs in America, which makes the experience of a “reign” seem rather distant. We have so eradicated this idea from the culture that it is truly foreign to us, but I got a clue years ago in a documentary about the death of Elizabeth II’s grandmother.

When Queen Victoria died, the nation, indeed the Commonwealth, had been shaped by her long grief for Prince Albert and her moral righteousness and self-restraint. The nation was known for black lace and had a public culture of purity and a “tight upper lip." On the other hand, her son George was a known partier and had a lavishly open demeanor. When he came to the throne, the nation’s character was changed, even though there was still great love and affection for the queen.

Living under someone’s reign is more than just following their rules. It is taking on their character in some real sense.

If we live in God’s Reign as revealed in Jesus, we must learn his character and rules. We have to study his demeanor as well as his words.

One example that stands out is Jesus’s peace in the midst of storms. He seems to have been unflappable, taking naps in the boat while the winds were howling and rebutting attacks with humor and wisdom.

“Come unto me, you that are weary and carrying heavy burdens, and I will give you rest. Take my yoke upon you and learn from me, and you will find rest for your souls.”

If you have been worn out from the heavy burdens of your sins or guilt, come to Jesus. If you have been tossed about by the storms of our times, turn to Jesus and learn how to have peace. If you have developed an anxious and defensive faith, change your mind.

The signs are right. Repent. Turn around and come to the one who will offer you the peace you long for and the rest you need.

Along the backroads of our lives, the signs we see do not often seem like they are offering rest. Instead, they often prod us at our most tender moments, but let them lead you home to the Reign of the One who loves you and whose yoke your shoulders were made for.

Last week we saw how God’s love for humanity and the world defines sin and our purpose. But forgiveness is not all there is. Neither is just turning to Jesus for acceptance and peace. Instead, Jesus calls us to be part of his Reign, to let his forgiveness and peace define us, and then he sends us out to bring his forgiveness and grace to the world. This is grace as gift and character. This is God’s will for you.

See you along the Way, 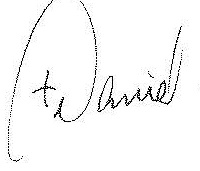 PS. We have several emails coming soon with news about the diocesan office, convention, and details of the clergy conference next week. Be on the lookout.